To this day, the Kalash remain the last « Kafirs of the Hindukush ». Their territory is restricted to three narrow valleys in the district of Chitral at the extreme Northwest of Pakistan. Essentially herdsmen, they also practise agriculture. The Kalash have succeeded in perpetuating their identity despite a tumultuous history and deep religious changes among their neighbours. They still maintain close communication with their gods, whom they worship during sumptuous feasts at the winter solstice : they pray and dance, lavishly slaughter male goats ; they light bonfires and guide the coming of their gods with torches. Before performing the rites of purification, they exchange songs, food and jokes between different clans. The society repeats all these ceremonies every year in December to welcome gods, spirits and ancestors among the living community and so favour the regeneration of Nature.

Jean-Yves Loude and Viviane Lievre, both anthropologists and Herve Negre, a photographer, have shared the life of the Kalash during many sojourns since 1976 and speak their language. This book translated from the French approaches the Kalash way of thinking through a graphic description of the autumn and winter ceremonies. These very moments allow a deeper comprehension of social organization, rules of alliance, economic and political structures, together with the system of prestige incorporated in their feasts of merit. 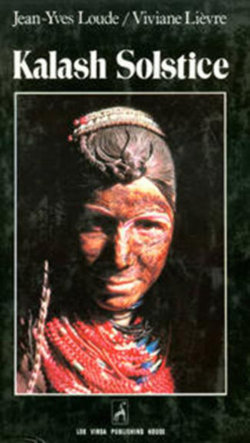